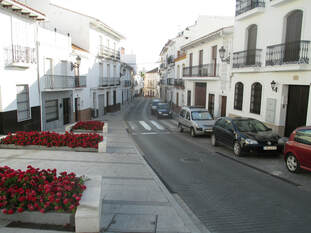 Fred McKibben is the author of the highly acclaimed Gardeners trilogy, Hot Times in the Garden of Eden, The Salt Castle, and The Carnival Road. The series has been described as suspense with strong elements of science fiction, politics, history, anthropology and romance. The allegorical story is particularly relevant in the current political environment where the rise of strongman rulers portends losses of individual freedom, knowledge growth, and creativity. The full series is also available as a compilation titled Seven Deadly Sinners.

In addition to the Gardeners trilogy, Fred has written The Shadow of Death (2016) and Sweet Dreams (2017). Both are murder mysteries featuring Eddie Rose, a semi-retired insurance investigator.
​
Fred lives in Southern Spain with his wife and three dogs and a horse.  After many years as a finance executive and entrepreneur, he decided to try his hand at writing fiction.  A More Perfect Union  is the first of a planned series of historical romance novels set in the early United States.